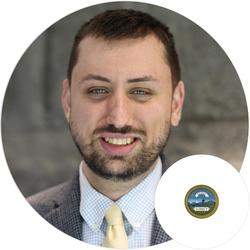 Eric Mason is the current Chief Financial Officer for Quincy, Massachusetts. In his current role, he manages a $345 million dollar budget and a $1 billion debt portfolio. Prior to this he served has the Chief Economist/Analyst for the City of Quincy. He is a 2014 graduate of WVU’s John Chambers College of Business and Economics. Eric’s career has been exclusively in the public sector. He’s a TEDx speaker and frequent writer with articles in such publications as The Hill and Seeking Alpha. Eric’s background is in economics, and his credits in economic research projects and paper primarily revolve around analytics and public policy.

Advancing strategic value through analytics from the CFO chair