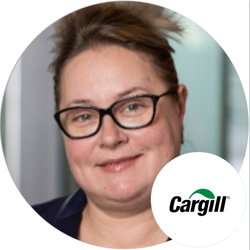 “See the goals, see no obstacles, believe in myself.” – ‘The Magicians’

Natasha began her career at Cargill in 1993 as the only accountant at the newly opened Moscow Cargill representative office. She spent two years in Geneva gaining experience in global trading accounting before taking on the role of trading controller for Russia in grain, sugar and petroleum. Natasha then spent six years building the Russia finance team as the country controller for Russia’s trading and processing businesses. In 2006, Natasha was assigned as the finance lead for integration of the Degussa acquisition, which involved 36 offices and production facilities around the world. She worked as the Foods Russia business unit leader and country representative for Cargill in Russia from 2009 to 2015, when she moved to Minneapolis to serve as the business unit controller for Dressings, Sauces and Oils. In 2016, Natasha began her current role as FP&A Director for Cargill Global Edible Oil Solutions (GEOS) – Global Oils and fats solution provider, serving customers around the world and having operations in North, Central, South America, Europe, Russia, India, Malaysia and Australia.

She earned a master’s degree in economics from Moscow Academy of Management, studying international economy and specializing in information technologies in economy.

Natasha and her husband, Igor, have three children - Ivan, Mikhail and Anna. They enjoy piling into the car with their Swiss mountain dog and traveling together. Natasha enjoys figure skating and snowboarding in the winter and cycling and spending time on the lakes and rivers in Minnesota in the summer. Natasha also enjoys classical music and follows the Minnesota Orchestra’s performances throughout the year. 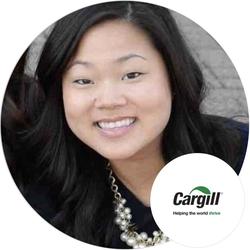